Venus Rx Dance, a photo by Postcards from UAC on Flickr.

At UAC 2012, the Venus Retrograde Dance, photo from Vancouver's AstroGuild!

Posted by Postcards from UAC at 7:39 PM No comments:

So It Goes: Recurrence Transits at Work by Nick Dagan Best 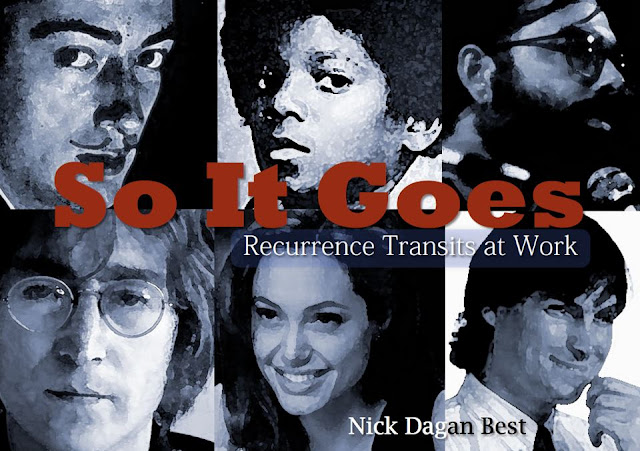 "A transiting aspect that mirrors an aspect found in a given nativity is called a recurrence transit. These can be extremely powerful, even if they don't actually make zodiacal contact to any point in a given chart. An old astrological concept that is rarely covered in books, articles or classes, yet is truly central to understanding not only how birth charts resonate with transits, but also what aspects might actually mean in daily life." ~ Nick Dagan Best


I have some wonderful news!

The fabulous Montreal based astrologer, Nick Dagan Best, has very generously shared his UAC 2012 talk on Recurrence Transits with us. You can find the complete PDF file  HERE

and while you're there don't forget to look at the other UAC talks available for purchase.

Posted by Postcards from UAC at 3:16 PM No comments:

This is a link to a post published on Tarot.com by Jeff Jawer while he was at UAC 2012. I somehow missed it when it first came out but was a lucky enough to see it on Chris Brennan's Horoscopic Astrology Blog. [robin]

Here's a short excerpt which I really liked:

UAC and the many smaller national and regional conferences are exciting events and unique ways to begin an astrological education, learn advanced techniques, and make connections, many of which will last a lifetime. Our unconventional field may still seem a bit strange to the general public, but gatherings like UAC not only build our community, but expand our outreach to the rest of the world. A hard-working public relations committee has gotten extensive television, radio, online and print coverage of this conference.

It's very heartening to see how much Astrology has grown since I began practicing way back in 1973. The range, depth and maturity of the presentations is incredible. Even though there are over 150 teachers on the faculty, it's a tough selection process in which an equal number of applicants, all professional astrologers, did not make the cut. The breadth of talented practitioners and teachers is a testament to the growth of our field. The maturity of the lectures that address the ethical and practical issues of astrological counseling is also inspiring.

This is just a quick note to let you know that the lectures from the United Astrology Conference 2012 held in New Orleans are now available for purchase from their website (talk about a treasure trove of information and teaching!):

Posted by Postcards from UAC at 12:54 PM No comments: 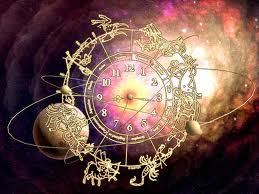 Chris Brennan, who I am sure you already know is a very talented professional astrologer from Denver, just posted this amazingly comprehensive recap of UAC 2012. I'm absolutely stunned at the amount of work he put into it. You won't want to miss it, not least of all for all the links to coverage from other astrologers out there in the blogosphere.

Plus, all of us here at Postcards from UAC are very excited about the wonderful mention we received from Chris. I know I speak for all of my helpers when I say this project was so much fun to do and we wouldn't have missed it for the world. However, the generous acknowledgement and gratitude from the astrologers out there is gratefully received [note preening Postcards from UAC Elves]. Of course, it could never have happened at all if the UAC attendees hadn't been so generous with their time and creativity. The only down side is that well, technically, UAC 2012 is over. I keep looking for things to post. I have a Cancer Ascendent. I have trouble letting go... or is that my Scorpio Moon? So please don't hesitate to send in any memories you may be keeping close to your heart.

The eighth United Astrology Conference, otherwise known as UAC, took place in New Orleans from May 24-29, 2012.

The conference was wildly successful, although it was such an intense week that many attendees were kind of burnt out afterward, and so a lot of the reviews of the conference have been trickling in slowly over the course of the past month.

At this point I think that it has been long enough since the conference ended that the majority of the coverage is in, and so the purpose of this article is to try to give a recap of the conference by providing links to a variety of different reports and other media related to the conference from around the internet.

Let’s start off with some basic stats on UAC 2012:

UAC 2012 was a milestone from a technological perspective, because it was the first major conference in which participants were really actively engaged in sharing what was going on through social media websites.
If you do a search for UAC on Google right now you will find hundreds of pictures, videos, audio recordings, tweets, Facebook posts, and other types of media that was generated during the week of the conference.  As a result of that, this was one of the first conferences where even if you didn’t actually attend, you could still get a pretty clear picture of a lot of the things that happened that week, just by following the trail of social media that emanated from the conference.

In particular, I would like to mention the Postcards from UAC project, which played a very active and important role in encouraging attendees to post reports from the conference, and then organized and aggregated them in a central location.

The founder of the project and the main organizer was Robin Dalton, who sadly wasn’t able to attend the conference, so she used several different social media sites in order to collect reports from conference attendees. Here is part of the call to (digital) arms that her group sent out just before the conference:

UAC, the world’s largest gathering of astrologers, is being held in New Orleans from May 23 to 29.  We will miss every single one of you who cannot make it… which is why we’re going to do our best to bring the party to you!  In a divinely chaotic grassroots effort, we’re encouraging all tech-savvy UAC attendees to send your images and videos out to our astro friends around the world as “Postcards from UAC.”  We’ve organized a worldwide network of volunteers to collect your postcards and share them with the global community.

Robin and the others involved in the project worked tirelessly that week, and even in the weeks after the conference, and the result is a pretty fantastic collection of media from the event. If you are interested in checking it out then here are the websites associated with the Postcards from UAC project:

Speaking of social media, one of the things that was interesting about the conference is that this was the first UAC in which smartphones were almost ubiquitous, and so there were a number of people who were posting tweets about the conference as events were happening.

Read the rest of this great post at:  UAC 2012 Recap by Chris Brennan

Trust me. You'll be glad you did.

I'm a little late getting these up. I put them up on our Facebook Group but completely forgot to post them on the blog. Fortunately, Lisa sent me a reminder, so here's a partial look. Don't forget to click on the link to read the entire post.

This is Part Two of April Elliott Kent's (of Big Sky Astrology) blog post on her time at UAC in New Orleans this year:

UAC presented a classic conference-goer’s dilemma: one ass, many potential seats. I tried live-tweeting the sessions I attended, but the hotel wi-fi was spotty at best (and I have thus far managed to resist the siren call of the smart phone). I went to a few sessions, but not as many as I have at past conferences. I find I don’t have a lot of patience anymore for sitting still and listening to much of anything for an hour and ten minutes; or perhaps it was all those transiting planets in Gemini. In any event, here were a few of the sessions I sat in on (most of them before my own talk blew me out of the water, energy-wise), along with some of my fairly shallow notes, tweets, and observations. (The lectures should be available for purchase at the conference website by the end of June.)


My tweets from the session, which reveal my vacuousness:

To continue reading the post go  HERE
Posted by Postcards from UAC at 11:20 AM No comments:

I'm a little late getting these up. I put them up on our Facebook Group but completely forgot to post them on the blog. Fortunately, Lisa sent me a reminder, so here's a partial look. Don't forget to click on the link to read the entire post.

This is Part One of April Elliott Kent's (of Big Sky Astrology) blog post on her time at UAC in New Orleans this year:


I began this post three weeks ago in New Orleans. Hence the title, which I like too much to change it even though I’ve been home for two weeks and am actually bidding you “Hola” from San Diego at this point. Part two, with deets about the conference itself, is here.

We arrived in New Orleans after two hours sleep and a long, tedious day of flying, and I’ll admit, I was underwhelmed. The muggy heat and the din of street noise were a bit … something. And not a pleasant something. My impression of the city began to improve over dinner with Kelly Surtees, her charming fiancé Peter, and their delightful friend Kira Sutherland. We found a barbecue place on a small sidestreet, where we gorged on fish and red beans and rice and numerous cocktails while flames occasionally erupted from the kitchen a few feet away. Good times.
The next morning Jonny and I rolled out of bed early and wandered the six blocks to breakfast at Cafe Du Monde – because apparently when you’re in New Orleans, it’s the law. We daintily sidestepped rivers of goo from freshly hosed sidewalks and wrinkled our noses at the city’s distinctive bouquet, the tang of a place that never really dries out. “The Virgos in Hell!” we dubbed ourselves. But the funk was worth it, because the place is not to be missed. Outdoor tables crowded together under ceiling fans, covered in a dusting of powdered sugar and dripping with sweaty touristas like us. Beignets were everything I’d hoped they would be, and my frozen cafe au lait was a delight. I was charmed.

Read the rest  HERE
Posted by Postcards from UAC at 11:12 AM No comments:

Postcards from UAC
We're bringing the greatest out-of-this-world show to you! If you can't make it to UAC, you will be very missed! So we're sending Postcards from UAC! In a divinely chaotic grassroots effort, we’re encouraging all tech-savvy UAC attendees to send your images and videos out to our astro friends around the world as “Postcards from UAC.” We’ve organized a worldwide network of volunteers to collect your postcards and share them with the global community.